In her influential work, “Notes on Nursing: What It Is and What It Is Not,” Florence Nightingale clearly states that her intention is neither to teach nor dictate strict rules about nursing since she believed that “the very elements of nursing are all but unknown.” Rather her purpose was to “give hints for thought to women who have personal charge of the health of others.”

At the time she wrote this, most women in England were expected to care for someone at some point during their life. If not the wife or child of the patient, a domestic servant would take on the tasks which were limited to the “administration of medicines and the application of poultices.”

Nightingale considered all diseases to be restorative, requiring specific conditions to successfully return a patient to an improved state of health. Nightingale’s vision of nursing was to put the patient in the best possible position for this to happen naturally. She saw nursing as the clinical profession it is today: research-based, fully involved in patient care, and equal in relevance to the role of physicians.

We are not far removed from the events that demonstrated the life-saving effectiveness of Nightingale’s nursing theory put into practical use. When confronted with the 42% mortality rate and reports of the horrific conditions in the British army hospitals in Scutari, the desperate British army leadership asked for Nightingale’s help. She focused on creating a healing environment, continual observation of the patient, and providing a good diet. Within 6 months of Nightingale’s arrival and her assuming the authority over caring for the wounded soldiers, the death rate was reduced to 2%.

The Critical Role of Nursing

Her work during the Crimean War verified to a grateful world, the critical role nursing could play in caring for the ill and saving lives. She asked her nurses to reach beyond patient symptoms to causality and prevention. She made cleanliness, hygiene, and good diet non-negotiable mandates. She also cleared up any confusion by distinguishing between the role of the physician and that of the nurse when she wrote, “The surgeon may save the patient’s life, but the nurse teaches the patient how to live.” 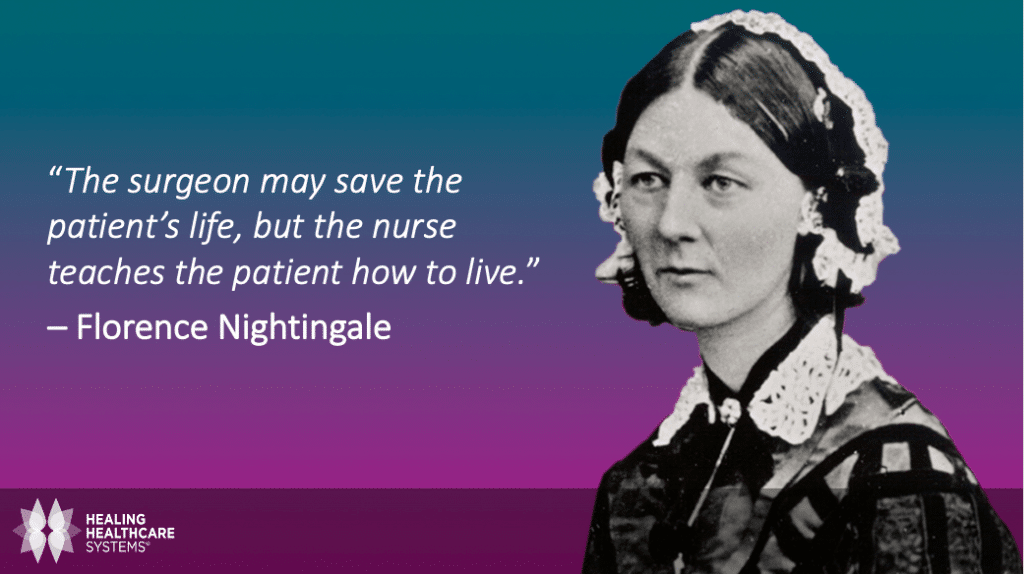 This past year COVID-19 has done for nurses what the Crimean War did in the mid-1800s. Their actions in the middle of the 19th century were considered heroic, as are the actions of the front-line nurses today, in the 21st century.

The unprecedented challenges of this pandemic have helped us re-discover the why and who of nursing. Demanding that we remember why nursing matters and why we all intuitively know that the compassion and empathy of the nurse, as well as her knowledge and skill, is needed for us to pull through our suffering. Furthermore, both our needs and expectations are that the nurse will be at our side for comfort and for care. Nurses remain those we trust, appreciate, and from whom we receive hope in the midst of despair.

Throughout history, extraordinary nurses have taken on the challenges of caring for the ill. The profession itself grew out of the innate caring that is the foundation of nursing. Here are just a few of the numerous pioneers who made critical advances in the field of nursing. 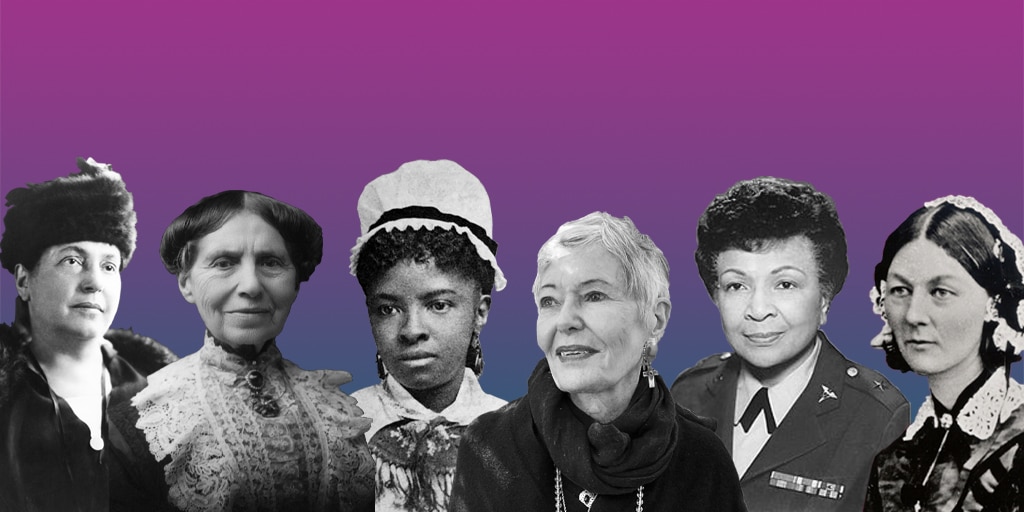 Florence Nightingale (1820 – 1910) Considered the founder of modern nursing. Developed the model of nursing research as a statistician and established specific architectural requirements for hospital design used to this day. She invented the nurse call light, established the role of nursing administration, and set the standards for patient-centered care. Also founded the Nightingale School of Nursing in London at St. Thomas Hospital, the first secular school of nursing.

Clara (Clarissa) Barton (1821 – 1912) Founded the American Red Cross in 1881. During the Civil War, she volunteered as a nurse and braved the battlefield to care for wounded soldiers. Further, she advocated for wounded soldiers and ensured they receive their benefits.

Lillian Wald (1867 – 1940) Pioneered public health nursing in the US. Lillian Wald. Helped establish three major organizations in the US – the National Organization for Public Health Nursing, the National Women’s Trade Union League, and the Children’s Bureau.

Hazel W. Johnson-Brown (1927 – 2011) The first African American woman General in the US Army, and Chief of Army Nurse Corps. She was also appointed as the Dean of the Walter Reed Army Institute School of Nursing.

Jean Watson (1940 – now) Dr. Watson developed Caring Science and The Science of Human Caring as a contemporary nursing model. In the late 1980s, she established the first clinical doctorate, the ND, which was the predecessor to today’s DNP program. She has received honorary doctoral degrees from institutions around the world and the prestigious Living Legend accolade from the American Academy of Nursing in 2013. She is also the founder of the Watson Caring Science Institute.

I invite you to add to this list and honor the nurse heroes that were critical in helping you move through the COVID-19 pandemic and those in your own community who make a difference in the lives they touch.