The Role of Television After a Terror Attack: Good for Patients? 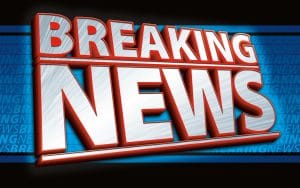 On 9/11, administrators at Craig Hospital in Englewood, Colorado, which cares for spinal cord and traumatic brain injury patients, quickly realized that continuous television broadcasting of the fall of the twin towers, people jumping from the burning buildings, and, even more so, reports of wheelchair bound workers being stranded on the 70th floor, was not healthy or healing for their patients. They locked their televisions onto The C.A.R.E. Channel.

The recent attacks in Paris and new threats to the US and other countries are now the most greatly reported events, trumping all other news stories. Is this what your patients and families are watching? For hours?

Is it what is best for your patients? Does the continual broadcast of terrible and frightening news make your patients and families feel better?  Does it improve their coping skills?

For your French, Syrian, Lebanese, or Iranian patients, will this increase their trust in you and in your care? Will it help them heal?

These are serious questions to address. We can no longer escape from the life beyond the hospital as the television brings the world (good and bad) right to the patient’s bedside. However, we can protect our patients and families from the ongoing assault of bad news.

Since its inception, The C.A.R.E. Channel has provided a therapeutic and engaging alternative to commercial television. In 1992, when it was launched, we were not facing the kinds of ongoing existential threats that Isis and other terrorist groups pose. But, the needs of our patients were obvious, and the goal remains the same: As Nightingale said, to “put your patient in the best position position for nature to act upon him.”

Clearly, reports on commercial television of mass shootings, terrorist attacks, suicide bombs, and domestic violence are not helping your patients.

Monitor the role of commercial television and be aware of its physical, emotional, and psychological impact on your patients and their family members…and on your staff. Guidance from your nurses and others will certainly help them get respite from their own fears.