What Medication Cannot Do for Patient Pain and Suffering 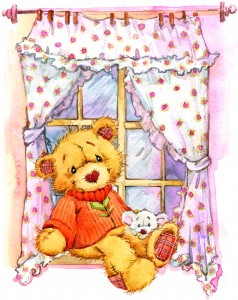 The magic question all patients ask: When does the fear stop? The pain can be medicated, but the fear can outlive the medication and treatment.

Trying to describe patient pain and suffering is like trying to describe darkness. It is nothingness embodied in a perspective of deep mystery and fear. And, like the deep night sky, can be endless in possibility or impossibility.

When Renee Descartes declared the separation of the mind and the body, it was a political move to get science away from what physician and scholar Dr. Eric J. Cassell describes in his book, The Nature of Suffering and the Goals of Medicine, as “the smothering control of the Church.” Anything non-physical, it was agreed, was spiritual and therefore, within the religious domain, which remains “belief” based rather than knowledge based.

Since that time, this Cartesian divide has both served and limited us. It has allowed science to mature and provide many answers and solutions to our most profound questions about how nature works. At the same time, it has allowed us to dismiss anything that cannot manifest itself in the physical world and be reduced to numbers.

Suffering, therefore, has been skipped over by the medical community, because it cannot be quantified as much as it is subjectively experienced and reported. Its counterpart, pain, has been quantified by measures of hormones, such as cortisol, and other visible symptoms. Thus, the relief of suffering has been limited to the relief of pain.

The medical community has had mixed success with this invisible and agonizing phenomena of suffering. Medication into unconsciousness only postpones the suffering, the angst that eventually comes in the soberness when the medication wears off.

The C.A.R.E. Channel is used by patients to relieve suffering, shifting their attention from inside of their experience to focus on nature and music. It holds the spiritual “hands” of patients and family members in the long hours they are waiting for healing to occur.

HCAHPS asks whether the patient feels that the nurses did everything possible to keep them comfortable, to control their pain. What does that mean to you?