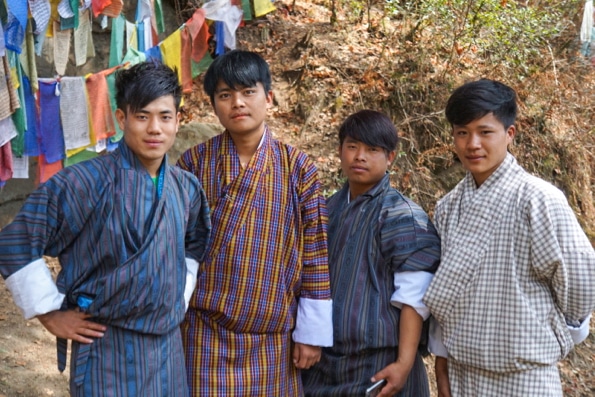 I came up with this inquiry while travelling in Bhutan, a small country bounded by India, Tibet, and Nepal.

Bhutan is a Buddhist country and was a monarchy until 2008, when its King decided to turn over the power of the throne to a democratic system, adopting a constitution, and setting up elections.

However, it was the fourth king of Bhutan, His Majesty Jigme Singye Wangchuk, who in 1974, formulated the concept of Gross National Happiness, which posits that happiness is a public good and all policies and development should hold to this objective.

In keeping with its recognition of Happiness as a primary value, Bhutan began to treat healthcare as a fundamental right, understanding that health is a key component of Happiness. Every Bhutanese was immediately covered by the government for all healthcare costs.

Given that 70% of the population lives in rural areas, the government moved to create local clinics, in addition to increasing the number of hospitals, and sending individuals to other countries for education and training as nurses and physicians.

The commitment to universal healthcare resulted in eliminating leprosy (which is still present in Asia), eliminating iodine deficiency, and reducing malaria by 95%. A major initiative in the 1990s set a goal of eliminating waterborne parasites, diarrhea and dysentery.

What About the U.S.?

The American healthcare system is in the midst of its own existential crisis, debating the answers to the questions at the beginning of this post. Are we really “customers” of healthcare services when we have a life-threatening illness?

Customer implies that we have made a specific choice to indulge in or engage professional healthcare services. Is someone in a personal health crisis further insulted by the term “customer?”

Is providing the best care possible a luxury that is reserved only for those who can afford it?

I wonder if in our efforts to define ourselves uniquely in the world as a nation committed to equality, we Americans have missed the point. If we are ever all going to be equal, it will be when we find ourselves in the hospital, frightened by an unknown future, and realizing that the patient next to us and the worried family members sitting by our family members are equal to us.

Where does healthcare fit into this for those of us who live in the United States?