The Road That Takes You Where You Least Expect – Oregon Coast 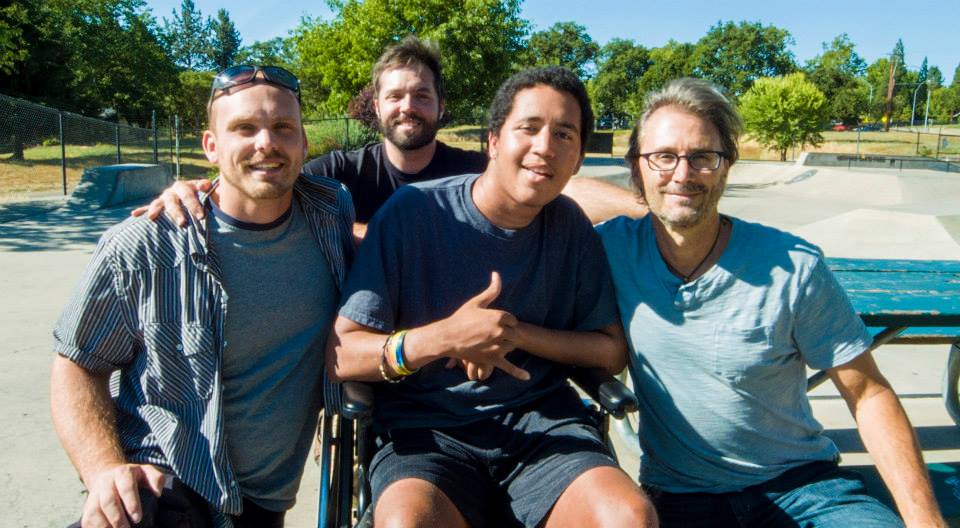 Sometimes in life, too many things seem too important. Often we get lost in the minutia of day-to-day living. The defining moments of the day are making sure we get to the grocery store today, or cleaning the kitchen before our significant other gets on our case again.

Sometimes we forget that a routine trip to the bank could take a random left turn along the way and take us down a road we never expected to go down.

This is what our road trip along the Oregon Coast became for Ford and me.

Somewhere between the forlorn spires, jutting from the hard packed sand in defiance of the wind battered coast, and the roaring waterfalls cutting their own character into the rugged inland, we were reminded that life sometimes forces its own definition on our journey, no matter what route we had planned to take.

It’s a warm summer day. The sun seems to be more intense than usual as we set up the camera gear for a shoot. I begin to sweat as I fumble with my tripod on the hot cement. I worry for a moment that we’re going to have trouble getting good audio, and I don’t want to miss a single moment of what we’re about to hear.

Ford and I are at a local skate park, taking a moment from our usual crazy adventures to get an interview for a new endeavor called “The Story Project.”

Healing HealthCare Systems has always been invested in the patients who turn to The C.A.R.E. Channel, looking for relief from the chaos of the hospital. The Story Project is a way for us to share those patients’ stories with the world.

This is what has led our path to cross with the young man sitting in front of us with eager anticipation, Matarr Hankey.

At age 16, Matt was an average teenager. He went to school, had homework, and spent most of his free time hanging out with friends at a local skate park, developing impressive skills in his favorite activity.

But Matt’s life took one of those unexpected left turns. After a glorious day of skateboarding with friends, Matt went to bed with a simple headache and woke up paralyzed.

Something that traumatic would end a lot of us, but not Matt.

While going through rehab, Matt came across something that connected with the adventurous spirit trapped inside of him. It was The C.A.R.E. Channel. He instantly became mesmerized and asked his nurse to help him track us down on the Internet.

The sun doesn’t seem to be letting up and the wind begins to whip through while we do our various audio and video checks. A young skateboarder comes rolling by and asks Matt what happened to him.

Without missing a beat Matt tells the kid, “You should get a helmet; you don’t want to end up like me.” I think to myself, “This is going to work out just fine.”

We begin our interview and two things become obvious fairly quickly. That the same Matt is in there somewhere, trapped by a body that isn’t working like it used to, and that he’s determined to not be stuck there forever.

He tells us that finding The C.A.R.E. Channel was a turning point for him in his recovery and gave him new inspiration. “[Shooting nature video] would be my dream job,” he tells us, and says that we’ll see him out on the trail someday. I believe it.

We finish our interview, thoroughly happy with the story we just captured, but have one more bit of business left. When he contacted us at Healing HealthCare Systems, he told our client support staff that he really wished he could go out on a shoot with us.

Our instant answer was, “Just name the spot.” A short walk down a trail from the skate park is a creek and a nice park area. Its one of Matt’s favorites spots; somewhere he came to unwind before the wheelchair.

We hand him a camera and teach him a bit about shooting. He knows exactly what shot to get and leads the way. “That’s a money shot,” he says as Ford lines up a wildflower he picked out for us.

After an afternoon of shooting video of the creek, trees, and passing ducks, it comes time to say goodbye to our new friend. The moment becomes a bit more emotional than I was prepared for. I’m reminded of my brother who is fighting his own battles after also falling victim to a massive brain bleed.

I can’t help but feel strengthened by the courage that the two of them share. Ford and I load up the car in silence, click in our seatbelts and sit there a moment to take in what we just experienced. We look at each other and understand we were just part of something special. Ford puts the car into gear. Back to the road, off to the next adventure

Matt, if you’re reading this, we believe in you. Keep moving forward and we’ll see you on that trail someday.