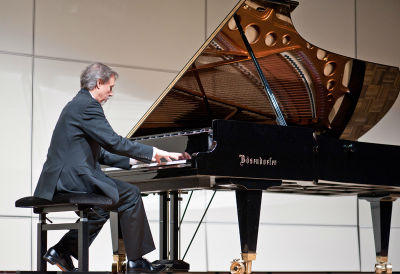 I had been performing music professionally for about 10 years before I started recording. Then, that changed it all. By recording, it allowed me to express myself in a different way as an artist. After my first two CDs were released, in the early 1990s I got a call from Dallas Smith, who told me about The C.A.R.E. Channel and asked if I wanted to be one of its featured artists. “Great!” I said. “I’m all in!” And here we are some 20 albums later still collaborating.

Having just turned 60, I’ve had the honor of playing music for the past 50 years. I’ve seen time and time again the healing power that music has on individuals and groups of people. There’s nothing like it. Music is such a universal language. It doesn’t need words.

So many people have come up to me after concerts and said I’ve inspired them, influenced their musical path, or made them simply feel better and calmer. Music is therapy. (I guess that makes me a therapist!)

And that is what inspires me to perform, write, and record. It’s simply my mission to create a positive emotional impact on this world through my music. And heck, it’s fun too! I grew up in Mississippi listening to some great local blues and R&B artists. And New Orleans was just three hours south, so there was that whole Cajun thing I was hearing.

Presently I’m doing more orchestral composing and performing. Performing with a symphony and hearing my own works come to life on a stage with 60 to 80 musicians is such a thrill. And I continue to release solo piano CDs, the latest of which, Fantasy, is due to be released this fall.

Over the years I’ve done so many types of performances in so many varied places: houses, performing arts venues, hotels, the ladies’ shoe department of Nordstrom’s, under the faces of Mt. Rushmore, strip malls, churches, country clubs, the house next door to Bill Gates’ house, retirement communities, a nudist resort (I was clothed), Benaroya Hall in Seattle, the middle of the street, on the sidewalk and on stage at various summer festivals, at various restaurants by the river, on a lake, and overlooking the ocean. The list goes on and on.

I count myself one of the luckiest people in the world. I have this gift, and to make a living doing something I so enjoy makes it so special. I truly count my blessings.

Note: Mike Strickland lives in McMinnville, OR. His music is available through his website, mikestrickland.com.