C.A.R.E. Channel Broadcasting in All 50 States 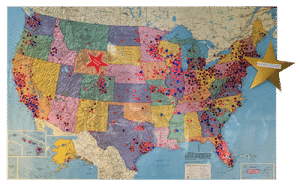 C.A.R.E. programming was viewed for the first time today by a patient in The Miriam Hospital in Providence, Rhode Island.

“It’s always been a goal of ours to have The C.A.R.E. Channel available to patients in all 50 states,” said Haydn Bertelson, Executive Vice President and COO, Healing HealthCare Systems. “This is quite a milestone as we approach our 25th anniversary and we are grateful to The Miriam Hospital for making it happen.”

More about The C.A.R.E. Channel.