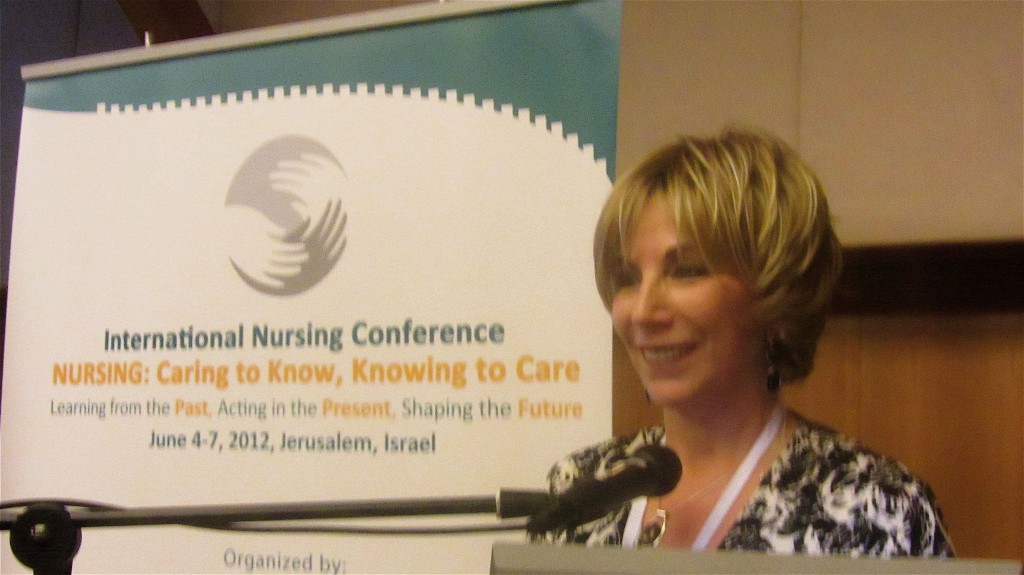 The core of nursing is social justice; the core mission of a healthcare system is to heal its community. The underpinning reason this matters is because there is no other place where our vulnerabilities make obvious our common humanity. The ethical dilemmas that arise in every industrialized country, regarding their healthcare system, are the realities that place the patient at the center of conflicts of interest.  This was so very clear in each presentation at the International Nursing Conference in Jerusalem. A group of nearly 500 participants representing over 25 countries came to Jerusalem, a city that is the best example of the price of continual conflict as it meets unrelenting courage and ingenuity. This combined with a clear devotion to that which is Sacred, is what makes Jerusalem and the Old City extraordinary. Its history, both in the past and in the present, are embedded and founded on a continual search for peace. This community of nurses gathered here to share their knowledge and experience, and to acknowledge that the antidote to conflict is compassion. 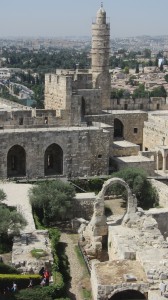 The Old City of Jerusalem is small relative to the urban sprawl that typifies contemporary life in most industrialized countries. It dates back long before Christ, and long before anyone had any ideas or theories of why war exists and persists. While Jerusalem itself was reunited as a result of the 1967 war, the Old City is separated into distinct quarters:  Jewish, Armenian, Muslim, and Christian.

The Western Wall, the holiest of sites for Jews, is less than the length of a football field from the Temple Mount, which is the holiest of Mosques. The 10 stations of the Cross reside within the Old City, as do the oldest of Roman ruins. There are merchants selling everything from saffron to halva, from Persian pottery to Judaica, all working within the Old City. And while they sell bread, they do not break bread together.

The Western Wall with worshipers and soldiers, what does this say about the paradox of fighting for peace?  While so significant to Jews, it is also visited by people of all religions. New excavations have uncovered tunnels that span the enter West Wall, reaching from the Jewish Quarter and leading to the Damascus Gate at the Temple Mount and in the Muslim Quarter. 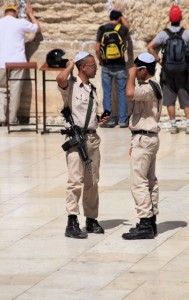 The reason I think nursing is where the healing begins in our communities is best exemplified in a story told to me by a nurse who works at a hospital in Israel, near Gaza. The patient population is mixed: Israeli, Arab, Bedouin, and Palestinian. This nurse has tended to the outcomes of war, terrorist attacks, and has cared for victims and prisoners. As she described it, in one bed lay a wounded Israeli soldier, and in the next bed lay a wounded Palestinian. They both were crying; they were young, they were suffering, and they were being cared for by the same nurse.  She talked about the mother of a suicide bomber coming to the hospital to claim her child, and together, the Israeli nurse and Palestinian mother held each other, sobbing.

Hadassah Medical Center in Jerusalem, a world-class hub of innovation, research, and evidence-based practice, cares for all patients. Israeli, Palestinian, Bedouin, Christian, all patients as equals. And, it reaches out beyond itself through the Hadassa Medical Foundation to countries around the world to spread the best of medical care.

In our hospitals, our vulnerabilities that arise from our suffering bring parity to our humanity. We are all equal. Only the authentic care coming from a nurse at our bedside can restore our sense of hope and health.

Peace can happen in our shared healing. 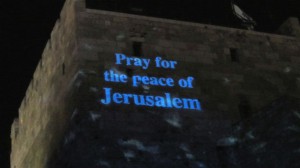