Caught Between the Healthcare Have & Have-Nots 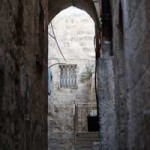 My husband Dallas and I are in Israel this week, on our way to Jordan and Qatar. A conversation came up around the differences between the U.S. healthcare system and the Israeli healthcare system.

Every Israeli citizen has health insurance that is paid for in the tax system according to his or her income level.  Every American has no such guarantee — even with Obamacare, at least not yet.  Yes, there is continual triage being done in treating those who are most critical. But, being “critically ill” is not addressed unless you walk into an emergency room, and even then, being admitted remains arbitrary.

In the Middle East and Asia, other countries have taken a more aggressive stand. Malasia has made it a national imperative that every citizen have access to healthcare regardless of whether he or she lives in village or a city.

Nonetheless, It remains troubling that healthcare in all countries has been reduced  to policies, budgets, and, ultimately, some kind of litmus test. Whether citizenship, employment, or ability-to-pay,  Americans have gotten used to either blindly trusting they have insurance or living with uncertainty.  And, in this recent recession, the blinders came off for many long term career workers who lost their jobs and, subsequently, their health insurance benefits.

Taking this further, early retirement, prior to being eligible for Medicare, is in question for millions of Americans specifically because of the potentilal gap between employer based health insurance and government paid healthcare which does not kick in until the age of 65.  And, those ‘gap’ years are treacherous for many.

I have no intention of retiring.  Not because of the insurance, but because what I do is who I am — it is why I get up the morning and the core of many wonderful hours between Dallas and I when we dream up more to do. And, I love the people with whom I work.  I am not alone.

However, where I feel privileged is where I can make this choice for the right reasons rather than defensively for fear some unknown health threat lurks ahead of me that could bankrupt my family.

How do you feel about this?  How long do you want to work? On what basis can you make this kind of decision?  What about your friends and neighbors?