Aging, the Aged, and the Generic Patient Experience 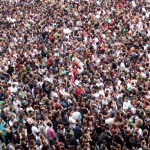 Ageism is alive and well in healthcare.  In fact, as a “boomer,” many journalists have made great efforts to tell me how I am going to age, how much money I will have to spend or not spend, what kind of issues I might have, and at what age I will probably elect to leave my home for a long-term care facility.

There’s danger in assuming that the Boomer Generation is a single mass of humanity.

When I was in hospital in June 2013 for E Coli septicemia, I suddenly became a female of a specific age that, when written on my chart, was no longer me.  The entire 10 days I was there, no one asked me about who I was or why I was in a hospital 400 miles from home — even though my address was on the chart.

Loss of identity is the journey to learned helplessness, loss of motivation, and depression.  Even if temporary, when in the hospital — your entire life is at stake and those who are in charge of treatment become seriously significant in ways that override the fact that you have no idea who they are.  The question becomes whether the person who is a patient is more important than the patient whose personhood may be secondary to their diagnosis.

Here’s a patient experience story that brings this to the forefront.

A nurse at a hospital in San Francisco reported that she had an Asian patient, a man in his late 60’s, who had had a serious heart attack.  He was in ICU, intubated.  He had not always needed a ventilator and so he had read books when he was able.

The nurse came into his room and saw a book on his nightstand.  She picked it up and realized that this man was a scholar and the author of this book on complicated mathematics.  He was a professor in Japan.

She looked at him and said, “Good Morning, Professor Ogawa!”  With his eyes closed, a tear flowed down his cheek. From that moment, that nurse made sure that every staff member used his name and title to address him.  He became a person that mattered more than a patient.

When I was in the hospital last June, no one knew that I had just come from a six-week trip to Jordan, Israel, Sweden, and Orlando, FL, where I had spoken to various healthcare organizations.  They did not know that I have four degrees, including a Ph.D., and have played the harp for over 50 years.

They did not know that my husband, Dallas, and I were married for 27 years and had started a company that now produces The C.A.R.E. Channel that is broadcast in more than 750 hospitals nationwide.   I was just a 60-something female patient with E Coli suffering from colitis and other various conditions related to the serious infection.

It was awful.  And, I do not want to die without a sense of myself in a broad community of people I love, respect, mentor, and follow. The term “generic” means “without a brand name or registered trademark.”   It means, related to a person, without a name, without character, without unique talents or skills.  It means an “anybody” rather than “somebody.”

How do ageism and the tendency to create generic patient profiles play out in your organization?   How do you deal with maintaining your own personhood in your work?  How do we ensure that the our role in an organization does not make us or those around us, an “anybody” rather than a “somebody”?