Ageism in Healthcare: Fear or Fact? 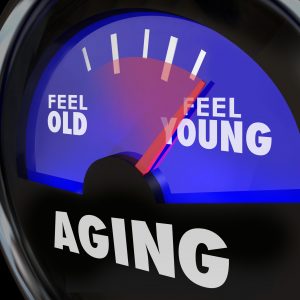 I just saw Dr. Bill Thomas’ “Age of Disruption” presentation at the University of Nevada Reno. It made me think about ageism in healthcare.

As a gerontologist and leader in the field of aging, Dr. Thomas is currently on tour nationally, pushing to redefine aging, which he feels is mistakenly based on Hollywood illusions.

Dr. Thomas starts his presentation with pictures of models photographed to perfection, followed by pictures of the same models without the Photoshop tricks.  Without question, the Photoshopped images were more appealing even if they did not reflect reality.

For the past 25 years, Dr. Thomas has been a primary advocate for the aging and for elder care.  Instead of holding the last quarter of life as one of decline, he wants us to reframe our elder years as being rich with opportunity.

Dr. Thomas speaks directly to ageism as a blanket rejection of age and a deification of youth.  He wants us to shift our own attitudes about the human life cycle that includes all stages of life – rather than the last half (or quarter) being perceived as the least desirable and of lesser value than any other life stage.

Which brings me to ageism in healthcare. And my experience with my father and his primary care physician.

My dad, who was in his 80s, had Ataxia, so he kept falling backwards. He’d gone through bypass surgery and had congestive heart failure. He had serious peripheral artery disease in his legs, so he could not walk easily.

Nothing was curable.  In fact, none of Dad’s symptoms demanded more than drugs and patience.  However, his physician of 25 years did not acknowledge and deal with my father’s depression or fear, and did not refer him to geriatric expert who might have helped him.

I felt that Dad’s doctor had made a decision that he was in his soon-to-die years and little effort was needed. When a physician whose job is to heal has nothing to offer and disengages with his/her oldest patients, it is ageism in healthcare at its worst.

I remained Dad’s advocate until his last breath. I called his physician to get him to recommend hospice for Dad because I knew the support was so much better.  Then, I never saw or heard from his doctor again.

Both my husband Dallas and I had cross-generational social networks when we began producing The C.A.R.E. Channel in 1992. So, we were very sensitive to what happened when the oldest among us were ill.

For example, the discomfort of the hospital bed, not being comfortable wearing glasses in bed; being spoken to from behind and becoming disoriented; and the insensitivity of those who assumed that if a person was “older,” he or she could not understand much.  This condescension was the most painful to observe.

Because of these sensitivities, we continue to uphold The C.A.R.E. Channel programming to standards of accessibility across generational lines, as well as gender and culture.

The Age of Disruption for all of us may be, as Dr. Thomas thinks, a trajectory into new opportunities.  However, those who care for us must do more than look at our charts and prescribe drugs.

Ageism in healthcare reflects the attitudes and values of our culture. What is your experience?  Do you care for elderly patients differently than others?  Have you observed discussions that place the elderly into a stereotypical paradigm of incompetence?  What have you done about it?