The Christmas Truce of 2012 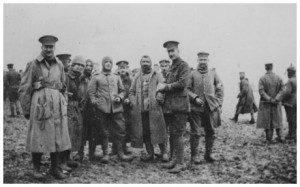 For the last three years, I have written about the World War I Christmas Truce when roughly 100,000 German and British troops amassed at the Western Front laid down their arms for a day. The sound of shelling and gunfire gave way to the singing of carols; the exchange of volleys and sniper bullets gave way to the exchange of food and small supplies. The two sides met one another in “No Man’s Land,” where some played football and others buried the dead. This year, with wars, both declared and undeclared, seeking freedom and  again offer, for myself, the Christmas Truce, this time, of 2012. Here is what I wrote and still feel:

When so much of the world still faces the horrors of war, the cruelty of poverty, injustice, and uncertainty, I choose to set aside cynicism and disbelief, replacing these with the hope and wonder I had as a child. I feel grateful to be able to write to you using technologies that have made the world more transparent and peoples far away feel connected. We are fortunate to live in a time when scientific discovery has eradicated many fatal illnesses and brought hope for a future of better health. Philanthropy is being redefined as millions of people give a little to help so very many. Now is a great time to be alive, with the world changing so fast that tragedy turns into hope because time thrusts us into the future.

Yes, I am an optimist in this season when it is so easy to forget the Christmas Truce of 1914, a moment when the human spirit triumphed over tragedy and exhausted soldiers singing of Silent Night, Holy Night in Flanders Fields changed what is possible for all of us.

Dallas and I and our entire Healing HealthCare Systems team, wish each of you a good, warm, and loving holiday, that next year shall renew our collective capacities for peace, hope, health, and an inspired future.

So, I include the Christmas truce carol as it is as appropriate now as it has ever been…
~ Susan Mazer

A Carol from Flanders

Their rifles all they set aside,
One impulse to obey;
’Twas just the men on either side,
Just men — and Christmas Day.