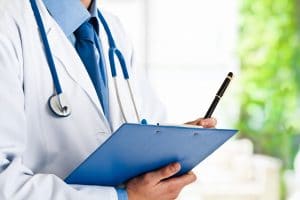 Since 1990 when David Sackett first identified Evidence-Based Medicine as a framework to standardize how physicians diagnose and treat their patients, the term has been all but bastardized.

Evidence-Based Medicine now is attached to any practice or tool that has even a slight relationship to a study that may not have been reviewed. It’s become a marketing tool rather than a standard. And, it’s become part of the patient experience, too.

In going back to Sackett’s original definition, Evidence-Based Medicine has three prongs:

To make this easier, The Cochran Collaborative developed a repository of medical research, searchable by symptoms and disease names, with meta-analyses. Meta-analyses are reviews of appropriate studies, boiling down their collective outcomes in a way to be able to generalize outcomes.

IBM Watson Health has introduced cognitive medicine, basically using a super computer that holds all available research about everything, to evaluate and help physicians make informed decisions.  However, even the computer can only use the information it is given.

The availability of super computers, meta-analyses, and other research sources requires financial resources and training to understand how to use them effectively. As a result, none of them is the best way to figure out exactly what is going on with a patient whose symptoms are in need of a diagnosis this minute.

Reviewing a study manually is tedious. It requires that the basis of the study, the hypothesis or question being asked, is evaluated.

Next, a literature review has to be done to see what is already known about this topic. Then, the design of the study must be critically reviewed. Finally, the outcomes must be judged by what the outcomes imply and what is missing.

Clearly, a practicing physician or nurse has little time to do this kind of work. Thus, the birth of randomized-controlled clinical trials and meta-analyses.

According to an evaluation done in the Journal of Evaluation in Clinical Practice, barriers to practicing EBM include “lack of resources, lack of time, inadequate skills, and inadequate access, lack of knowledge and financial barriers.”

Evidence-Based Medicine Has Its Risks

The risks of trusting the evidence more than the patient in the room, missing fundamental non-disease symptoms, and ignoring experience with real patients remain unresolved.

One example is the case of an Asian graduate student who had serious abdominal pains and went to the emergency room of a local hospital. They put her through every test they had: upper and lower GI, CT scan, colonoscopy, etc. Nothing showed up.

Of course, they sent her home.

This student had been in this country for five months. She came from Wohan City and had a Chinese diet from birth. She was not used to American food.

So, she ate oranges and tomatoes. That is all she ate. Not one physician or nurse asked her what she was eating. Her sister, a physician in China, told her to go back to eating rice. Thus, the pain ended.

In an evaluation of Evidence-Based Medicine on its 20th anniversary several years ago, the following risks were considered:

The complexities of the medical community’s current addiction to technology and evidence that may not apply to the patient in the room means clinicians might forget how to ask the most obvious of questions. Sometimes, as in the case of the Asian student, the answer is simple and sitting right in front of you.

And, no, not even Watson would have caught it!