During our adventures, we have discovered that adversity is a foregone conclusion, especially on journeys as long as our South America trip. Country hopping on a less-than-stable continent over two and a half weeks is bound to present opportunities for conflict to sneak in.

Like the second act of any good play, it’s safe to say El Chaltan provided obstacles for your intrepid adventurers to overcome.

It started the moment we left Brazil. There was a plan, not a simple one, mind you, but a plan nonetheless. Here’s how the itinerary read:

4:30 a.m.: Check out.
5 a.m.: Return rental car and catch a ride to airport. Take airport taxi across the border and through customs to Argentina airport.
7:55 a.m.: Flight to El Calafate.
2:21 p.m.: Buy food and supplies and purchase bus tickets to Torres del Paine for when we return. Get rental car and drive three hours to El Chalten.
6 p.m.: Estimated arrival time.

This plan never happened. It all went off the rails, as it usually does, at the airport. Here is how the itinerary should have read:

5 a.m.: Due to concern over getting a Brazilian taxi at 5 a.m. to take us to the Argentine airport, overcompensate and show up to the airport three hours early to find an eerie lack of employees and a brewing storm causing intermittent power outages. Feel odd sense of impending dread. 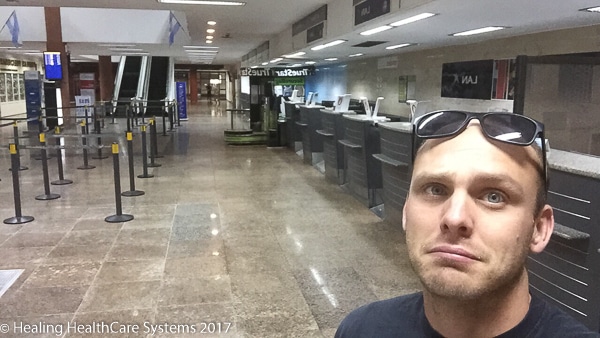 7:50 a.m.: Airport employee says something in Spanish to the boarding group and everyone lets out an irritating sigh. Follow crowd out of boarding area because though you don’t speak Spanish, you do speak “irritated traveler” and know you aren’t getting on that plane. 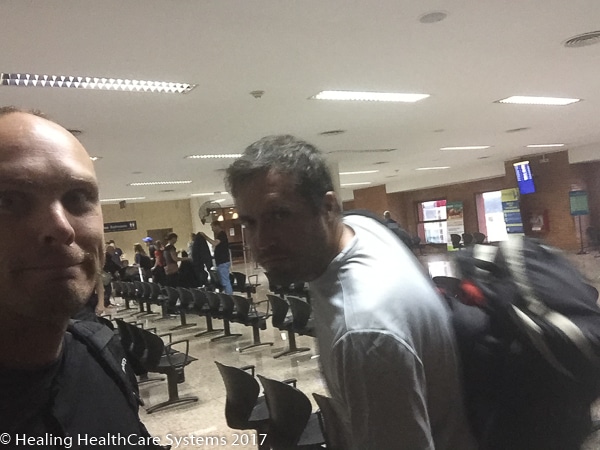 10 a.m.: Decide that Argentina allows five year olds to dictate how sandwiches are made. 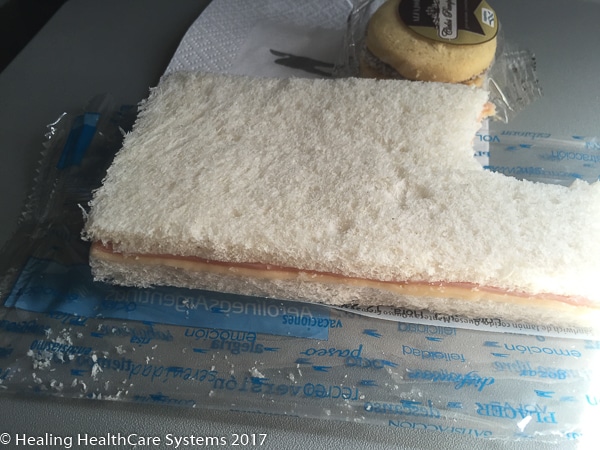 11 a.m.: Finally board a plane. A few hours later, land in Buenos Aries and be told in Spanish to exit the plane and stand on tarmac even though you are supposed to stay on same plane. Feel worried. 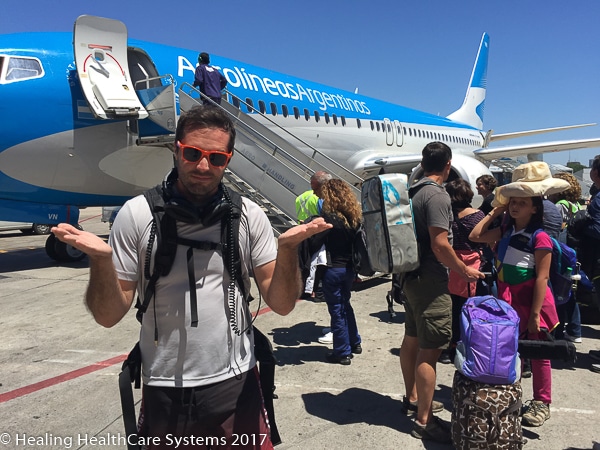 Watch others from the plane get on bus to airport, but decide to stick with the English fella with the red hat who you heard say something about El Calafate. Feel better when you re-board plane.

5 p.m.: Arrive in El Calafate. Get lost finding bus station. Try to purchase bus ticket, only to discover it is booked. Again, because you don’t speak Spanish, leave vaguely hopeful that the bus will be picking you up when you return after El Chalten shoot. Have credit card not work at grocery store, and, in a role reversal, have the Argentinian clerk get irritated at the Americans for not speaking Spanish. 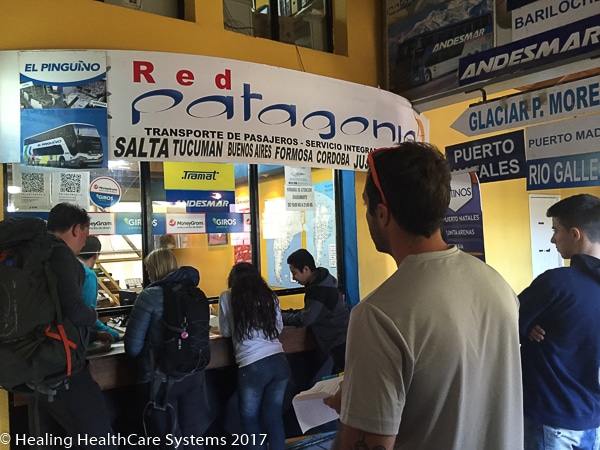 9 p.m. Arrive in El Chalten. Fall into much welcomed bed.

After 20 hours, we were finally in El Chalten. On the drive in, there was just enough moonlight to catch the dark, imposing outline of the towering spires of Mt. Fitz Roy.

We allowed ourselves to get excited. Unfortunately, we did not realize that the second act was not done with us yet. We would never see that mountain again.

We woke to the all-encompassing grey of storm clouds. Like an unrelenting villain, weather had shown up yet again to cause mischief.

But like any well tread hero, we’ve faced our arch nemesis enough times to know how to foil its shoot-ruining plans. We get up and go to work. 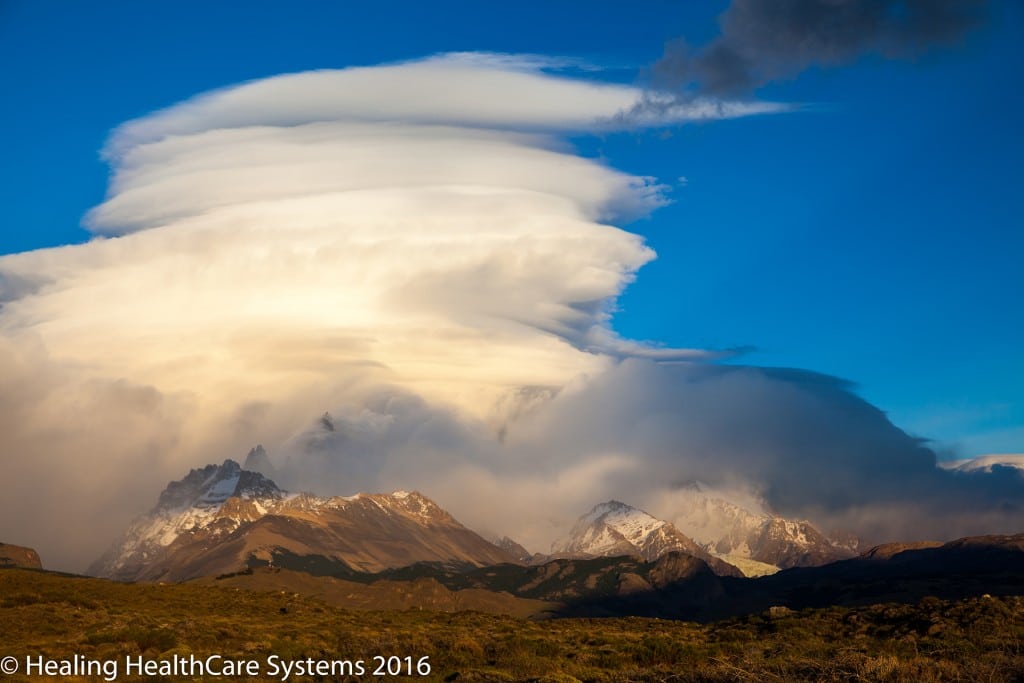 This was the best of what we could get. Not quite the awe-inspiring spires we set out to find (which are shown here courtesy of Google Images): 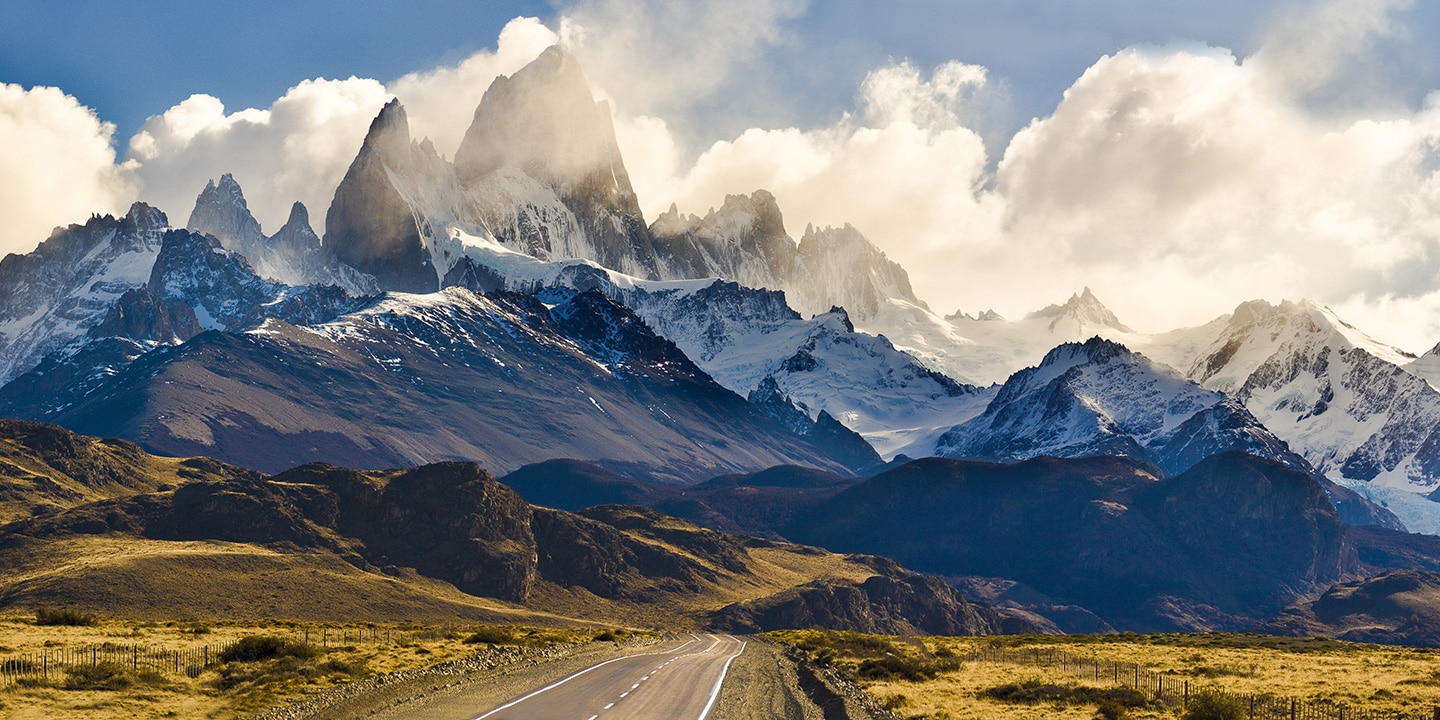 But the clouds were still pretty cool. The surrounding area also looked good in the early light.

Anyone who has shot in mountainous parks like this enough knows that they have their own weather patterns. So, while the mountains you’re looking at may be in gloom and grey, something looks good somewhere.

So, for the next two days, we drove around and found what was available. Such as a glacial lake with duckies:

Or Chollrio del Salto, where we pondered the philosophic questions of how surgical waterfall shoots had become, and whether we had lost the ability to create new shots, or had we simply become experienced enough to know the shots that are available: 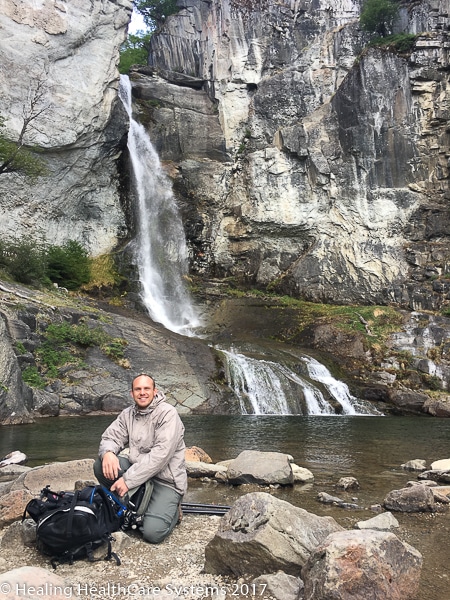 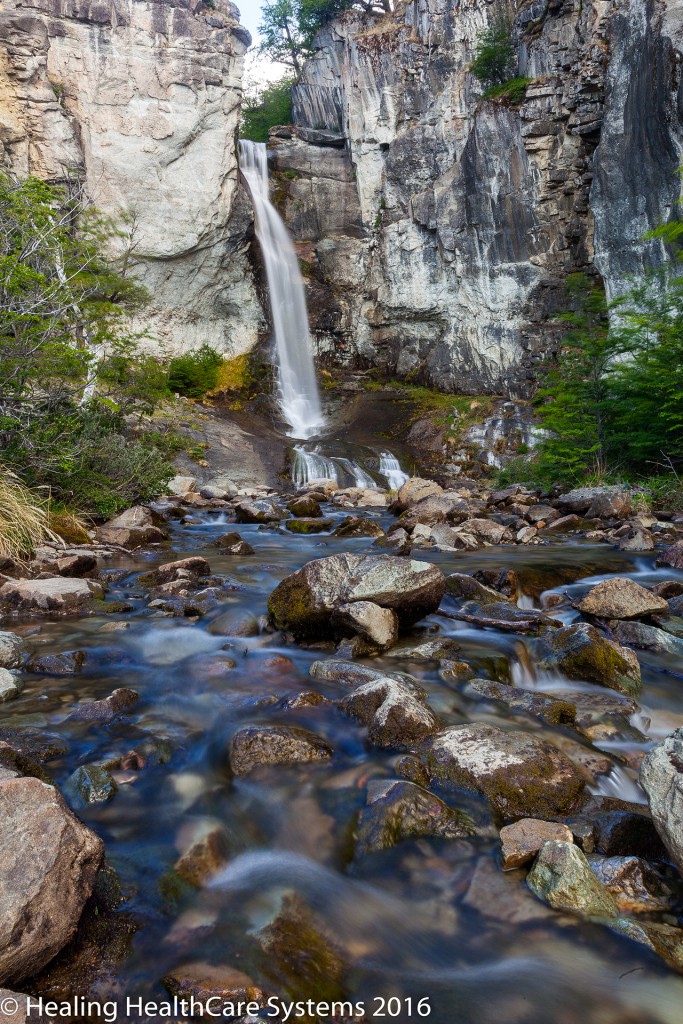 And the picturesque little valley with wild horses where we discovered the fabled winds of Patagonia: 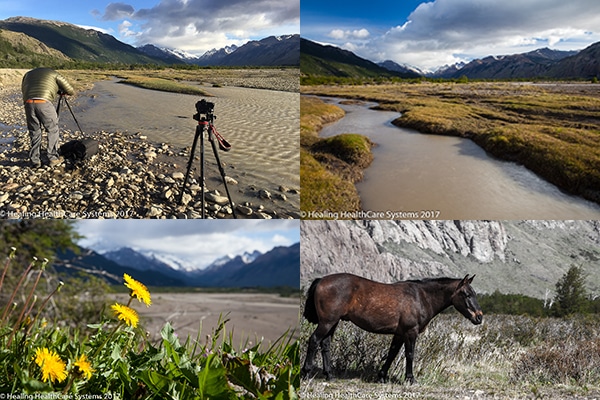 All in all, not a bad haul for only shooting one of our planned locations. Though it was not until we returned home and started downloading footage that we realized my SSD had become corrupt and we’d lost approximately half of what I shot.

All that was left was to wait behind a tractor to get gas from a storage container: 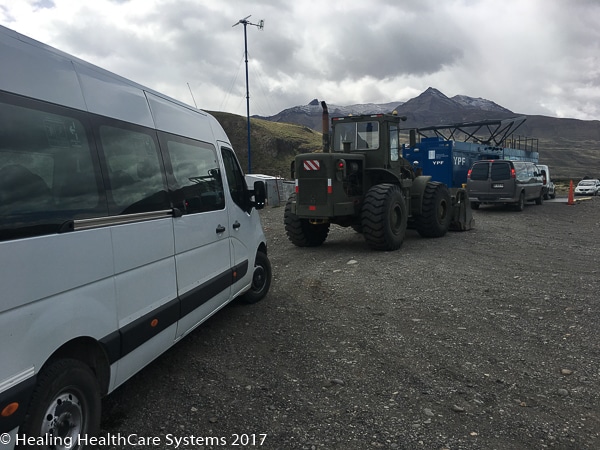 Get stuck in a Chelan boarder strike: 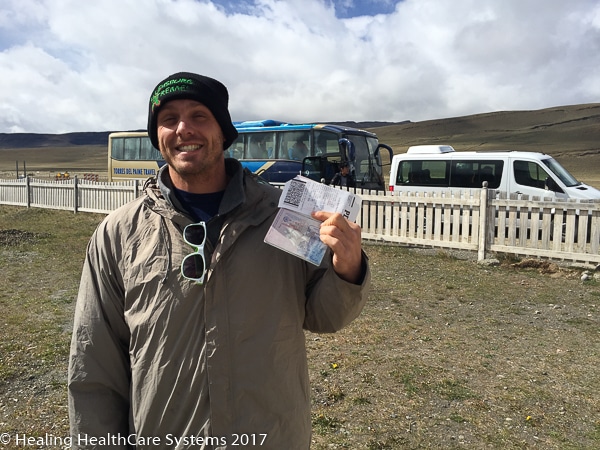 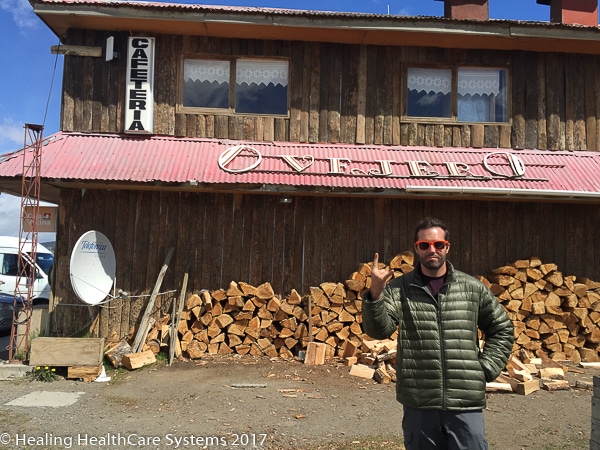 And turn a four-hour trip to Torres del Paine into a 12-hour trip.

Despite the difficult weather patterns, disheartening tech issues, and annoying travel snafus, we left the El Chalten section of our journey with rather high spirits for the work we had done. 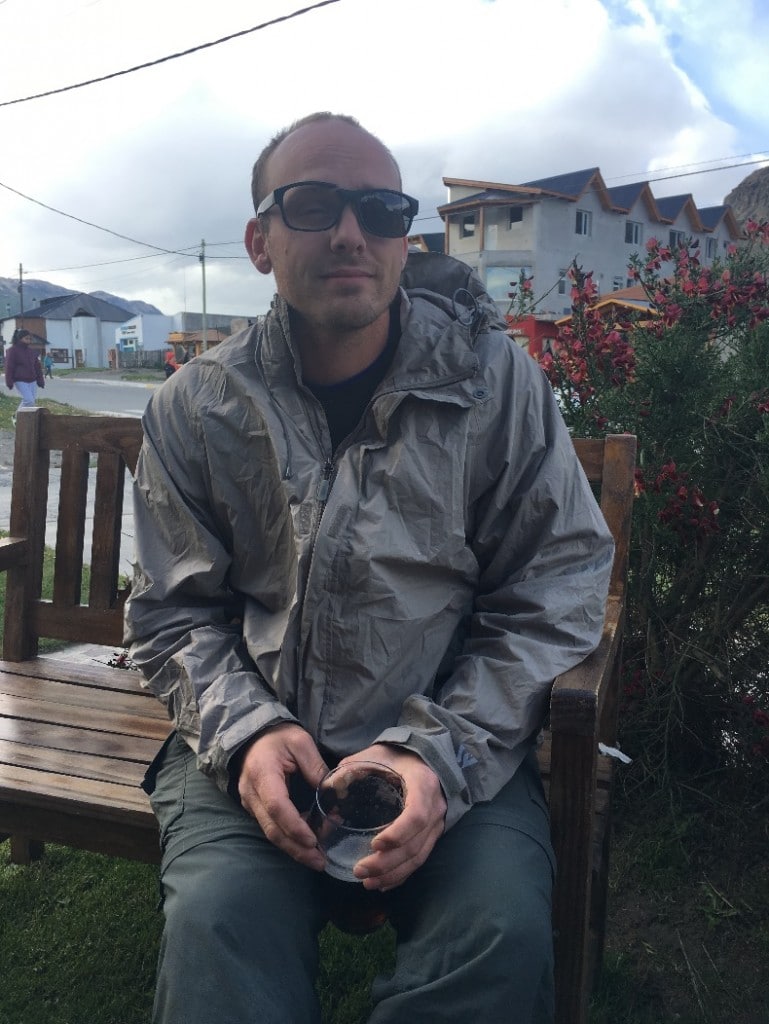 A little worse for the wear, but happy nonetheless, and excited for the next adventure ahead: Torres del Paine National Park in Chile.

Scroll down to check out the photo gallery of our shoot here. 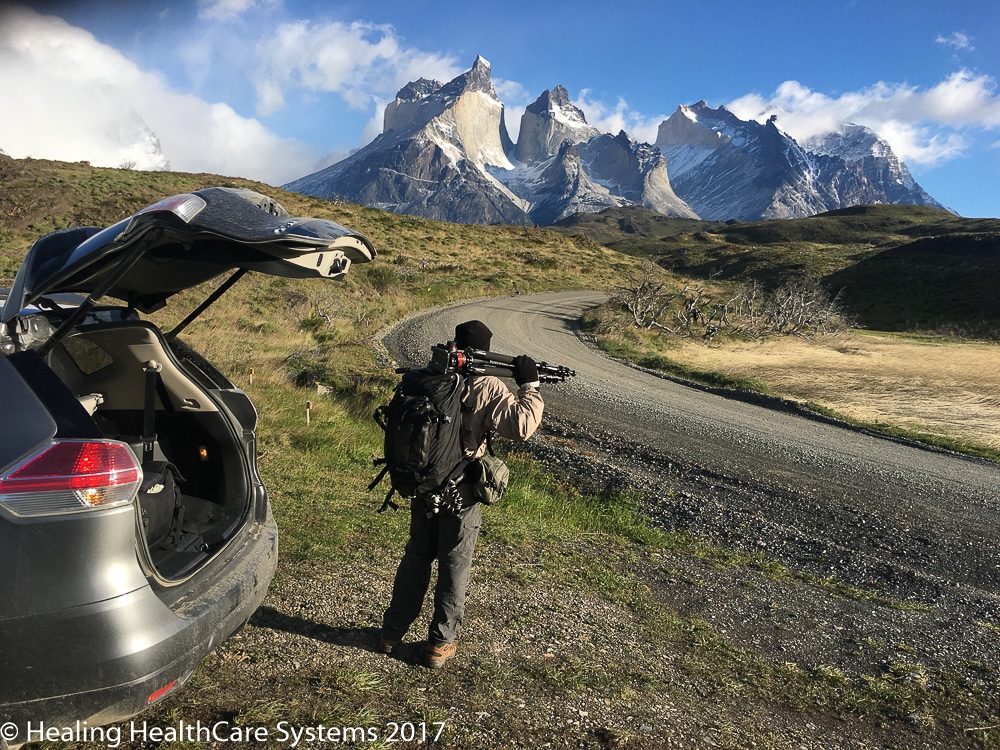